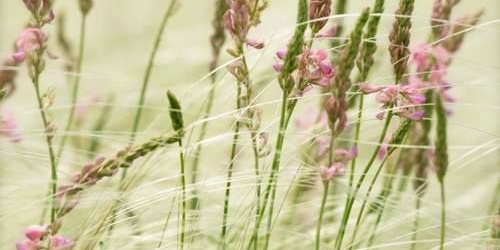 I have been in the most difficult season of my life for what seems like one season after another. Late last year I began yet another “most difficult season” and didn’t make the best decisions, didn’t turn to what I knew I should have, I followed whatever made me breathe a little easier for a minute, for several months. In that time, I made decisions that ultimately lead to seeing two lines on a pregnancy test (that I decided to take while on a job for some reason, do not recommend). What immediately followed was near fainting, a lot of cussing, crying, walking in circles trying not to pass out, and PANIC. These are not feelings I have ever felt with a positive pregnancy test. The last two times I saw those they came after praying and begging to see them. What followed in the weeks and months to come though is an entire journey. The panic that flooded my mind and life was unbearable. Literally. All I could think of was all of the things this would ruin for me, and what I would lose, and how difficult it would be to raise THREE children on my own. Then the feelings of guilt ensued for feeling that way. I couldn’t believe that after begging for a child for so long I was angry that this one had “invaded” my body. I hated myself, but I couldn’t change the feelings.

My first response was to call planned parenthood. If you know me you know that sounds crazy. But let me tell you, life will put you in places you never saw yourself. All my mind could focus on was MAKE IT STOP. No matter the cost. Thank GOD literally they were the most difficult people I could have ever dealt with and they offered me the medication for an abortion but told me that currently they could not give me an ultrasound. I knew if I saw an ultrasound I wouldn’t be able to do it.

Before I go any further, I absolutely 100% have no judgement for anyone who has aborted. God loves you and I love you and girl I UNDERSTAND. I do not agree with it still even after my own experience but IGET IT. This is just my story. When they kept giving me the runaround I was desperate to see an ultrasound, hoping it would ease some of the suffering I was feeling. Maybe if I could see it, it would be real and I would be okay. I got desperate and called the Women’s Resource Center. Y’all, my saving grace, literally.  They rushed me in ASAP. Gave me an ultrasound. Gave me ALL my options. LOVED me. Opened their arms and hearts to me and made me know I wasn’t alone and that this baby had purpose, and it wasn’t to ruin my life. It wasn’t magical rainbows and butterflies, no. I ugly cried my first 2 visits still just asking why me. But I was crying in the presence of women who cared. To this day, months later, they are still ministering to me, even after deciding to keep my baby. They are TRULY pro-life. After getting into all that, I had decided not to abort but I still couldn’t accept the baby. I couldn’t connect. I couldn’t want it.I just wanted it to go away still. I looked into adoption and even had an adoption counselor with paperwork and everything. That’s when I reached out to a couple I don’t even know in person, just fromFacebook, who I knew had adopted before and asked them (yes this is crazy) if they wanted to adopt again. I knew they loved Jesus and were amazing to their son.Let me tell you about God. These people who could have just seen an opportunity to easily gain another child were concerned for ME. They Facetimed me and ministered to me and prayed over me.

That prayer is honestly where the barrier was removed. The husband in his prayer for me over this difficult decision I was making prayed, and I’ll never forget these words as long as I live, he prayed that God would “reward” me with favor and peace. It broke something in me.

Something that I have never felt, not since I was a teenager, was that I was worthy of anything. And without God’s grace I’m not. But in the eyes of Jesus I am worthy of being rewarded.  And hearing a man say those words over me broke the chains around my heart and I am not kidding, about 3 hours later I was getting out of the shower and I text my mom “I can’t do it, I can’t give the baby away” and I had peace in my heart from that day on for keeping her. It still wasn’t a clear path, but I was at peace, and I didn’t resent her anymore. In the time since then I’ve had difficult conversations. I’ve had lonely nights. I’ve watched my body change without a loving partner there to tell me it’s beautiful. I’ve been sick. I’ve been moody. I’ve had to consider finances and plans and vehicles and all the logistics of how I’ll do this.  But as always, I have had my biggest supporter in the world, my mother, holding me up. Cheering me on. Telling me we’ve got this. The woman who grew up the head of her class, the perfect wife, Pentecostal as they come, poster child for how to do the right thing didn’t have ONE OUNCE of judgment for me.  I felt like I was 16 when I sat at her table trying to tell her I was pregnant for the 3rd time. And you know what she did? (After she almost choked on her food).

She loved me. She made me hold on through the night. She showed up at my house when she knew I was barely hanging on. She brought me flowers and groceries and new bedsheets when she knew I hadn’t been to the store, because who has time for that when you’re crying 24/7?!  She is TRULY an example of the love of God, and his grace. And I really, really wouldn’t have made I through this without her.

And here we are. So far in. And Miss Hannah is here in my belly, loved, celebrated, anticipated. She’s a whole purpose squirming around in there just waiting to get out and be a part of this world that needs more light! She is a part of an inheritance of children, a long line of called and purposed people. Her name means “favor from God” and that’s exactly what she is to me. Her middle name means Yahweh has seen. Yahweh has seen, and he has favored me, and he has favored her! We are blessed! I struggled with whether or not I would share how difficult the news of her life was at first. But I WANT her to know that the enemy did not want her to make it. I want her to know that from her very conception darkness was fighting to keep her out of the scene and that she was CHOSEN. Not only by me, but by her Heavenly Father as well.

Hannah you are loved. You are a prize. And we can’t wait to meet you when it’s time! ️

Oh, and I’m finally getting that home birth!
Faith

Abba, thank you for putting the right people in our paths at just the right time.  People who love you and bring your healing touch and are Jesus with skin on.  Help us to know we are never alone.  Thank you for other “Hannah’s” that are being brought into this world to be a difference maker. In Jesus name. Amen.